The Handshake That Changed the Music World Forever

Jersey Boys, the Tony® and Grammy® Award-winning Broadway musical about the spectacular rise of pop icons Frankie Valli & The Four Seasons, has been seen worldwide by over 22 million people, all of them captivated by the dazzling recreations of classic 1960s hits such as “Sherry,” “Big Girls Don’t Cry” and “Can’t Take My Eyes Off You.” The hit musical returns to The Hanover Theatre for the Performing Arts in Worcester, Thursday, March 15 – Sunday, March 18.

But what makes Jersey Boys such a hit across generations, winning new fans year after year?

For many, the show’s most unforgettable moment comes when Frankie Valli decides to enter into a business partnership with the group’s keyboardist and songwriter, Bob Gaudio.

“So should we have somebody draw up a contract?” Gaudio asks. Frankie responds by offering his hand. 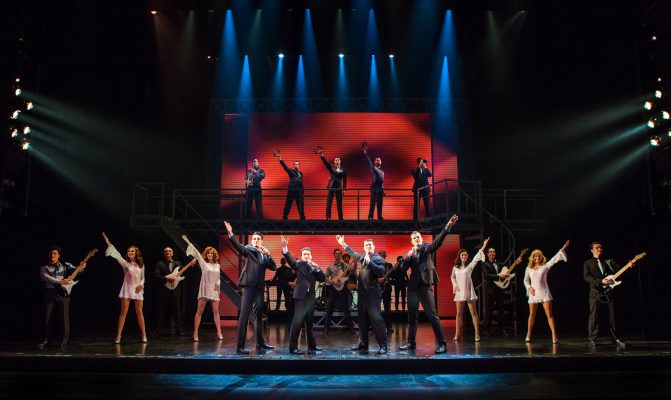 “You want a contract?  Here. A Jersey contract.”  Their handshake becomes a pact, cementing a relationship that has endured for close to 50 years.

“The story of the friendship between Frankie Valli and Bob Gaudio is something that just makes my heart melt every time I think about it,” said Pat Prescott, popular radio host on Los Angeles’ 94.7 The Wave and a longtime Jersey Boys fan. “When I think about that handshake and what it has meant, how we as a society have so much gotten away from those values of real friendship, of loyalty, of consistency in relationships, it stands out to me tremendously.”

In Jersey Boys, four young men persevere against incredible odds to fight their way to the peak of stardom. Later, they stand together through high times and devastating lows. The show’s universal themes of courage, friendship and survival have inspired a diverse legion of new Broadway fans, many of them men.

Kara Tremel, who has performed several roles in the national tour of Jersey Boys, credits multiple Tony®-Award winning director Des McAnuff with creating a fast-paced, visually engaging production that attracts theatergoers who were not born when The Four Seasons’ hits dominated the airwaves. 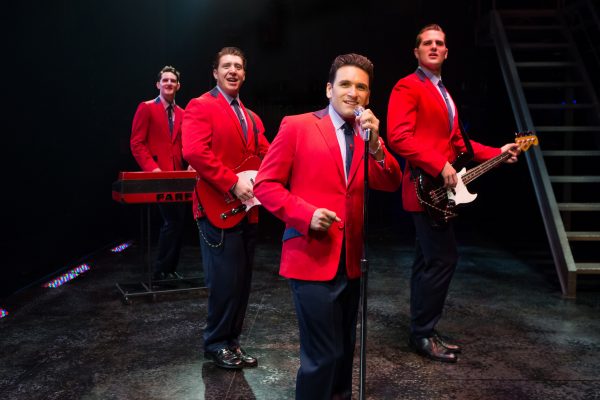 “For young people, it’s an exciting type of show to see,” Tremel said. “The way Des directed it is so quick. The set moves with the actors, lighting shoots over to another side of the stage, and we’re in a totally different scene in a matter of seconds. It’s good for a younger generation that needs that kind of quick pace. And whatever your age, you can’t not like this music.”

“There’s so much going on that you need to see it at least two or three times, just so you don’t miss anything,” Prescott said. “I wish everybody could see it. This show is really, really special.”