The Inspiration Behind Dancing Queerly

Now in its third year, Dancing Queerly continues its work to “create opportunities for people to engage with dance as audience members and participants, centering queerness and countering the many ways LGBTQIA+ people are underserved in traditional dance spaces.” From June 15-21, you can join a series of classes, cocktail hours, workshops, and performances that are sure to make this Pride Month meaningful and full of rx cialis joy. We had the chance to talk to co-producer J. Michael Winward about his experience building this festival, his thoughts on the future of the Boston dance community, and more:

How did Dancing Queerly begin, and how has it evolved since best selling price for levitra you started in 2017? 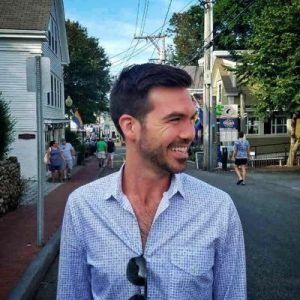 We started at the Dance Complex – I was working in the office at the time and had dance and teaching practices of my own. I had been wanting to start doing my work, and The Dance Complex has a theatre space that’s available to rent. Folks at DC connected me to other queer artists who might be interested in splitting an evening to make it cheaper. After that, I got an idea to expand it to something that would have different themes and was connected to Maggie Cee (Dancing Queerly’s second co-producer). We had the idea to center it in June for Pride month, and that event ended up offering workshops in different styles, a weekend of performance, and a Q&A with artists.

We did it strategically, trying to feature dancers with different interests, abilities, ages, and backgrounds. In the next two years, we received a lot more grant support, and in 2018 and 2019, we were able to expand the scope and produce artists that we’d not normally get to [work with]. The dancers we work with are mostly from Boston, but this allowed us to bring in some from elsewhere in the country. That’s how we’ve been working until now.

What was the process been like to bring the festival online?

Thankfully, since our funders have stuck with us, there was a sense of “If your plans shift, don’t worry about it.” So, we were able to shift online with most of the original programming. This year, we’re still producing a group show on Friday night, featuring our Boston-based crew performing in their living spaces. They’ll also be talking about their dance practices and how they’ve shifted. For some, dancing at home doesn’t feel like the right thing to do right now. So some have started documenting their experiences through photography, and we’ll be featuring that as well. This year, we’re also adding BYOBrunch on Sunday as a chance to have discussions and feedback sessions with the artists and audience with food and beverages from home.

What’s it been like to work with New York-based guest curator Eva Yaa Asantewaa?

As we realized the benefits of being online, we realized we had always wanted to engage a guest curator, and this was the perfect time to do that since we had the funds available from what we had budgeted for rental space. For our second night of programming, Eva is presenting a selection of choreographers and artists. This presentation will feature excerpts of their work that had already been produced. She’s put them together in an order with her thoughts on why they’re each important to her. Being able to engage Eva and the response [to her involvement] is heartening. We’ve already seen registration numbers go up since we’ve been able to reach more people outside of Boston in her network. We’re also excited about getting other people involved with the curatorial decisions of the festival by engaging with the Boston-based artists who run FreeSkewl, who are curating workshops Monday-Thursday leading up to the weekend.

What has it been like working with Boston Pride on co-presenting the festival? Do you feel that Pride is taking on new meanings during the pandemic?

We started working with Boston Pride through buying an advertisement in the Pride Guide so that we could hit audiences that were looking for LGBTQ+ events in general, not necessarily dance events. In 2019, we were funded by the Boston Pride Community Fund, which allowed us to cross-promote, and we were able to recommend some of our artists to fill needs in their events. This year we’re hoping being online will allow us to reach more people. I’ve been keeping to myself in my living space, contacting people for the event, and growing a list of queer dancers, producers, and art-makers ⁠— building genuine relationships during a time that’s shifting. It helps ground me personally during this time because we have a specific goal to keep the momentum going. Maggie and I feel grateful to be doing this for the third year in a row, and being able to highlight artists and have their queerness be visible within their work.

What has it been like to participate in the ArtsBoston Audience Lab so far?

Before getting involved with the Audience Lab, we had been surveying audiences, but the Audience Lab has been able to provide tools to go beyond that. It’s one thing to be able to look out into your crowd and say, “Oh yeah, we have a diverse crowd,” but the work of the Audience Lab is helping us know more about our audience and help us change the ways we promote our festival. Your goal is always to sell out the house, but who is going to be sitting in the seats?

What are your hopes for the Boston Dance community in the “new normal”, post-COVID-19?

Just that we find ways of supporting one another, we don’t want to jump to judgment about the different ways people are going to be doing things. For example, my personal teaching practice was with senior and elder communities, so trying to shift that online is a learning curve for not just them, but me as well. I was in the middle of teaching a class online when I realized no one could hear me the whole time. Everyone is just trying their best to adapt to going online, and people are reacting in a range of ways. It’s great to see that social media has become a uniting factor for the dance community right now. We’re trying to lift each other up in a shared effort to make a living as a dancer more creative.

It’s important to say that we’re grateful to be able to move forward with something. Now that there’s so much isolation, [Dancing Queerly] is giving me a lot of purposes to make contacts, build audiences, and build communities. Having that be the project of this time is helping with that isolation, and Maggie and I are grateful for this platform to be able to share about our work!